Reia Tuazon, a recent graduate of Bloomfield Hills High School and current student at Johnson and Wales University in Providence, Rhode Island, took the AP 2-D Art and Design exam in Spring 2022. Of all the students around the world who took this challenging, college-level examination, Tuazon is one of just 197 students who earned every point possible.

Jason Boschan, Andover Class of 1997, completed the Mount Everest Marathon in May 2022.

In a recent interview, Boschan shared that the educational opportunities provided by Bloomfield Hills Schools were instrumental in the choices that led to a climb to the 17,600-foot elevation on Everest.

Sabrina Spanta, a graduate of Andover High School in 2011, is currently starring in Bravo’s Season 19 of Project Runway.

Alumnus James Caverly stars in the Hulu show "Only Murders in the Building" as a young adult who is deaf communicating with American Sign Language. His costars include Steve Martin, Martin Short, Selena Gomez, and Nathan Lane.

Learn more about Alumnus James Caverly Stars in "Only Murders In The Building"
Alumni Spotlight: Michael Myers, Lahser Class of 2007

"I love my community and the school system that contributed to the passion and drive I have now."

Check out this Alumni Feature on Ben Ketai, Andover Class of 2000 and Creator of STARTUP on Netflix!

"My time spent at BHHS, learning from faculty, students, and coaches has taught me to not just focus on myself, but to better my community”, shares 2018 BHHS graduate Tori Weingarten

Did you know that the first graduating class from Bloomfield Hills Schools was eight students in 1936? And that despite the many challenges of the Great Depression, the high school (which predated Andover and Lahser) was accredited that year by the University of Michigan?

The Class of 1936 occupied a beautiful building known as Bloomfield Hills School on Vaughn Road, which was later named Vaughn Elementary School and then eventually sold to Cranbrook. The school opened in 1932 and by 1936 contained 170 students and twelve grades. According to District archives, Bloomfield Hills School was "geared to college preparation from its inception, and the curriculum reflected this." Bloomfield Hills Schools has a long and proud history from those humble beginnings. We count 28,000 graduates from the original Bloomfield Hills School as well as Andover (opened in 1955) and Lahser (opened in 1967). Many of our current parents and staff are so rightfully enthusiastic about their BHS education that they return to live and teach here. Others are scattered around the globe and span the generations.

Today's technology tools make it easier than ever to reestablish a connection with old school friends. Bloomfield Hills Schools is creating an Alumni Association that will, in part, enable those connections.

We'd like our alums to know that they can:

Encore, the magazine for alumni and friends of Bloomfield Hills Schools, is filled with articles about alumni, retired staff, teachers and students. Check out the latest edition below. 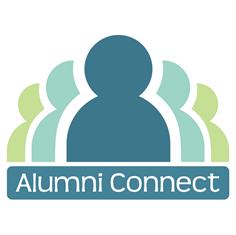 You have been sent an email with your login information.

If you do not have a username and password, please supply the following information and click Continue. Your email address will be your username.

Please enter your username and create a new password.