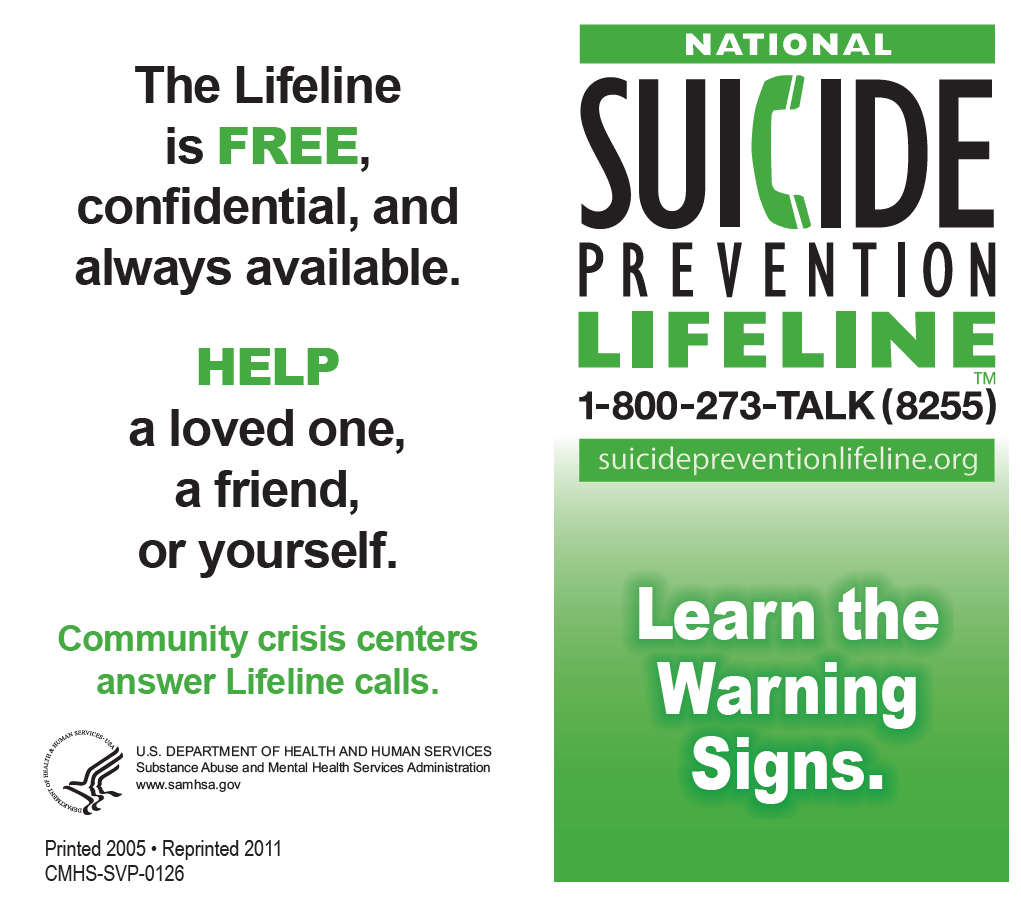 Suicide is a difficult topic, but it’s too important to ignore. Suicide is the second leading cause of death for young people ages 15 to 24. Despite a common belief that only teens and adults die by suicide, younger children can also be at risk. Depression and suicide often coincide. Yet not everyone who is depressed attempts suicide - and not everyone who attempts suicide is depressed. If you’re a parent, guardian, a teacher, or anyone who spends time with children and teens, it’s important to learn the warning signs. These tools can help you prevent youth suicide.

These signs may mean someone is at risk for suicide. Risk is greater if a behavior is new or has increased and if it seems related to a painful event, loss, or change.

Several factors increase the risk of suicidal thoughts or behaviors, including:

In an emergency, call 911 or take the child to a hospital or crisis center for evaluation. If your concerns are less urgent, seek help as soon as possible from a mental health professional. The child’s school psychologist might be able to share resources in your community.

To find a licensed psychologist in your area, use the Psychologist Locator at locator.apa.org. Ideally, seek out a mental health professional with specialized training in treating children or adolescents. Learn more about how psychologists help at apa.org/helpcenter