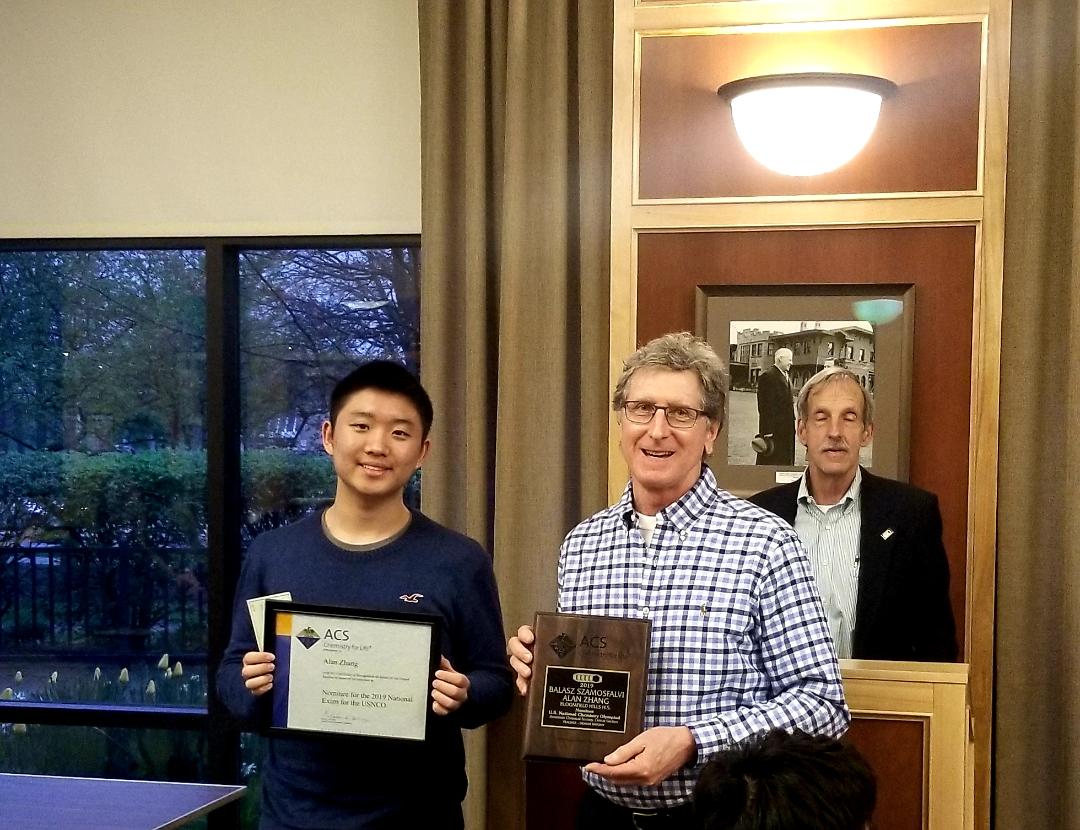 Alan Zhang was recently announced as a recipient of Honors in the U.S. National Chemistry Olympiad competition. Alan ranked among the top 150 students in the nation for chemistry and was also recognized as a national finalist.

Alan has also competed in the U.S. Biology Olympiad, ranking second place in Michigan for biology and among the top 60 students in the nation.

Dennis Kwasny, a science teacher at Bloomfield Hills High School, was Alan's sponsor and mentor for both Biology and Chemistry Olympiad.

The USNCO Exam is a 3-part, 4 hour and 45 minute exam administered by Local Sections of the American Chemical Society open only to students who have advanced to the national level. The National Exam assesses theoretical and practical knowledge and includes multiple choice, essay, and laboratory sections.

Alan was also recently named as a Coolidge Senator by the Coolidge Foundation and will attend the Senators Summit in Washington D.C. in August 2019 as part of a four-day all-expenses-paid trip. The summit includes meetings with members of Congress, governors, mayors, and national business leaders. The summit also includes a visit to inside the White House and the floor of the House of Representatives.

Back to School Plans

As we continue to develop our return to school plans, we recognize the importance of having one place for students, staff, and families to view information as it becomes available. Knowing there are still many unanswered questions related to the Governor's plan and how Bloomfield Hills Schools will operate in the 2020-2021 school year, please bookmark this website as an ongoing resource. This website will continuously be updated as new information becomes available and additional developments unfold.

Thank you for your continued support of Bloomfield Hills Schools!