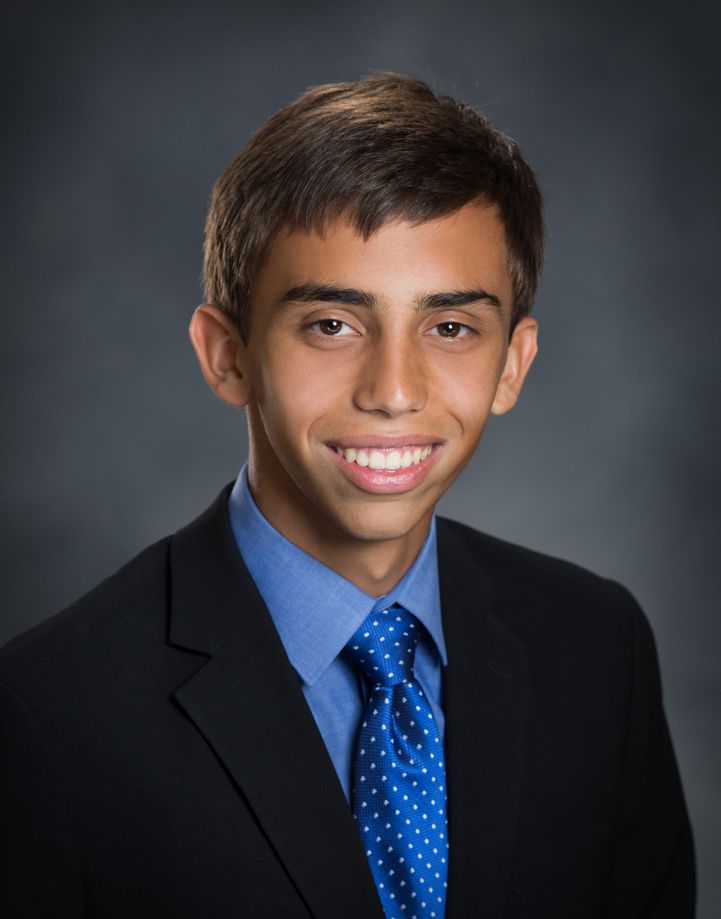 Congratulations to senior Braden Crimmins for being selected as State Finalist for the 2019 Presidential Scholar Award! Braden was selected based on academic performance and nominations as one of the nation's top-performing students. Braden is one of two students from Michigan who will receive a Presidential Scholar Medallion in Washington. Way to go, Braden!

161 Students from Across the Country Named 2019 U.S. Presidential Scholars

"I want to congratulate this year's class of Presidential Scholars on their achievement both inside of the classroom and out," said U.S. Secretary of Education Betsy DeVos. "Their hard work and commitment to excellence, no matter what challenge they are tackling, will serve them well throughout their lifelong learning journeys. I have no doubt that many of tomorrow's leaders are among this year's class of Scholars."

The White House Commission on Presidential Scholars selects scholars annually based on their academic success, artistic and technical excellence, essays, school evaluations and transcripts, as well as evidence of community service, leadership and demonstrated commitment to high ideals.
Of the 3.6 million students expected to graduate from high school this year, more than 5,200 candidates qualified for the 2019 awards determined by outstanding performance on the College Board SAT and ACT exams or through nominations made by Chief State School Officers, other partner recognition organizations and the National YoungArts Foundation's nationwide YoungArts™ competition.

As directed by Presidential Executive Order, the 2019 U.S. Presidential Scholars are comprised of one young man and one young woman from each state, the District of Columbia and Puerto Rico, and U.S. families living abroad, as well as 15 chosen at-large, 20 Scholars in the Arts and 20 Scholars in Career and Technical Education.

Created in 1964, the U.S. Presidential Scholars Program has honored over 7,500 of the nation's top-performing students with an annual ceremony in Washington, D.C. The program was expanded in 1979 to recognize students who demonstrate exceptional talent in the visual, literary and performing arts. In 2015, the program was again extended to recognize students who demonstrate ability and accomplishment in career and technical education fields.

The 2019 ceremony will be held June 23, when each honoree will receive a Presidential Scholar Medallion.

A complete list of 2019 U.S. Presidential Scholars follows and is also available at http://www.ed.gov/psp.